Filing a Lawsuit Against the Police for Excessive Force

Filing a Lawsuit Against the Police for Excessive Force

Victims of police brutality are often left with permanent physical and psychological injuries. If your loved one has been the victim of excessive force by the police, you need an advocate who is not afraid to fight. The idea of taking on a law enforcement agency is daunting. An experienced Michigan civil rights lawyer understands the challenges of standing up for victims of police misconduct. 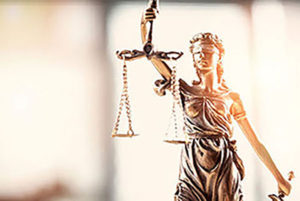 What Is Excessive Force?

What are the Challenges of Excessive Force Lawsuits?

Proving that the police used excessive force is not always easy. The most significant challenge in pursuing a claim for excessive use of force is known as qualified immunity. Qualified immunity is a legal defense that releases law enforcement officers from civil liability. Qualified immunity is a popular tool for law enforcement since it permits them to avoid accountability for their misconduct. When ordinary citizens break the law, they can be sued. But police officers are held to a different standard. Police officers can be held accountable only when they violated rights that were “clearly established” in prior cases. This standard often gives the police a pass to violate people’s constitutional rights and get away with it. Thus, victims of police misconduct must have an experienced excessive force attorney on their side.

What Should You Do If You Are a Victim of Excessive Force?

If you are arrested, the first thing you should not do is agree to a plea deal to “make it all go away.” If you plead guilty, it could have a devastating impact on your excessive force claim.

Should You Pursue a Lawsuit Against the Police for Excessive Use of Force?

If you or your loved one was seriously injured by a police officer, you might have a claim under Section 1983 of the Civil Rights Act. Individuals who believe they are victims of excessive force by a police officer may sue the officer individually, along with the city that employed him and failed to train him, since municipalities must provide proper training and supervision of their police officers. Cities must implement and enforce policies that are not unconstitutional, and which prevent misconduct by the police. When they fail to do so, they can be held accountable.

We have extensive experience helping people who have had their civil rights violated by the police. To learn more, please contact us today.

Thank you for contacting us. We have received your inquiry and will respond to you within 24 hours. You will receive an email copy of your message for your records. For urgent inquiries, please call our office at (248) 847-1000.